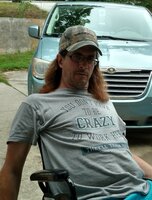 James was born on Tuesday, September 4, 1973, in Miami, Florida to the late James Wiles Sr. and Helen Craig Wiles. Along with his parents he was preceded in death by his brother, Thomas Wiles and father-in-law, John Potat Jr. James enjoyed working on cars with his son. He was always positive and had a good spirit with a never give up attitude.