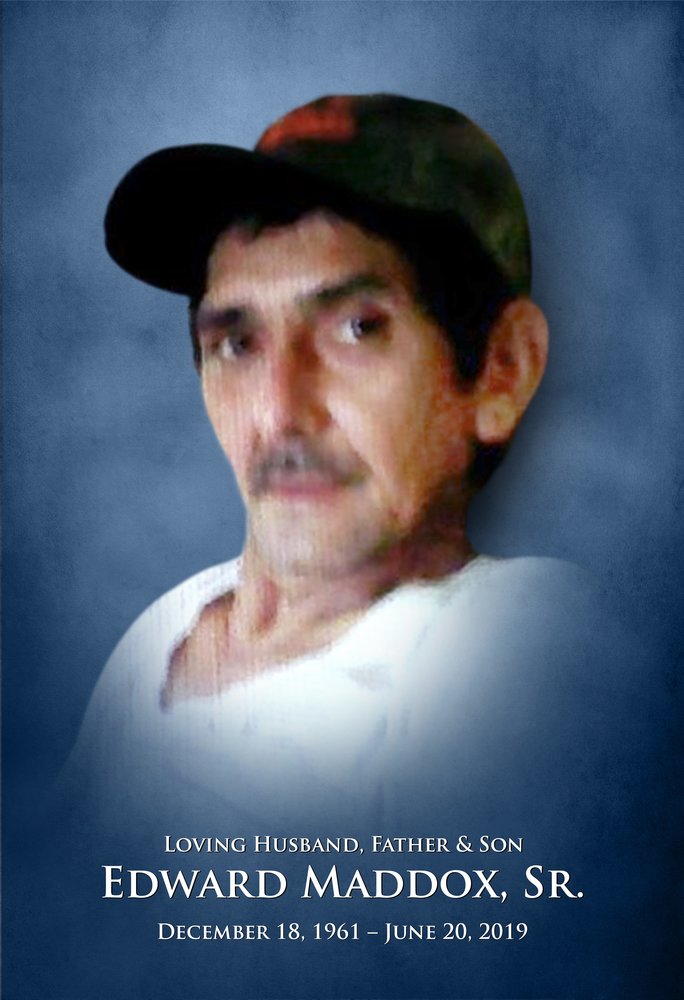 Mr. Edward Maddox, Sr. age 57, of Jackson, GA passed away Thursday, June 20, 2019, and was born in Jackson, Georgia on Monday, December 18, 1961 to Kazuko Maddox and the late Ervin Maddox. Ed loved working on cars and was a mechanic his whole life. He was preceded in death by brother, Leslie Maddox.

A funeral service for Mr. Ed Maddox will be held on Tuesday, June 25, 2019 at 2:00 P.M. in the Sherrell Memorial Chapel with Mr. Rudy Mangham officiating. Interment will follow in the Jackson City Cemetery. Friends may visit the family at the funeral home from 12:00 P.M. until 2:00 P.M. Tuesday afternoon. Those who wish may sign the online guest registry at www.sherrell-westburyfuneralhome.com

To send flowers to the family or plant a tree in memory of Edward Maddox, Sr., please visit Tribute Store
Tuesday
25
June