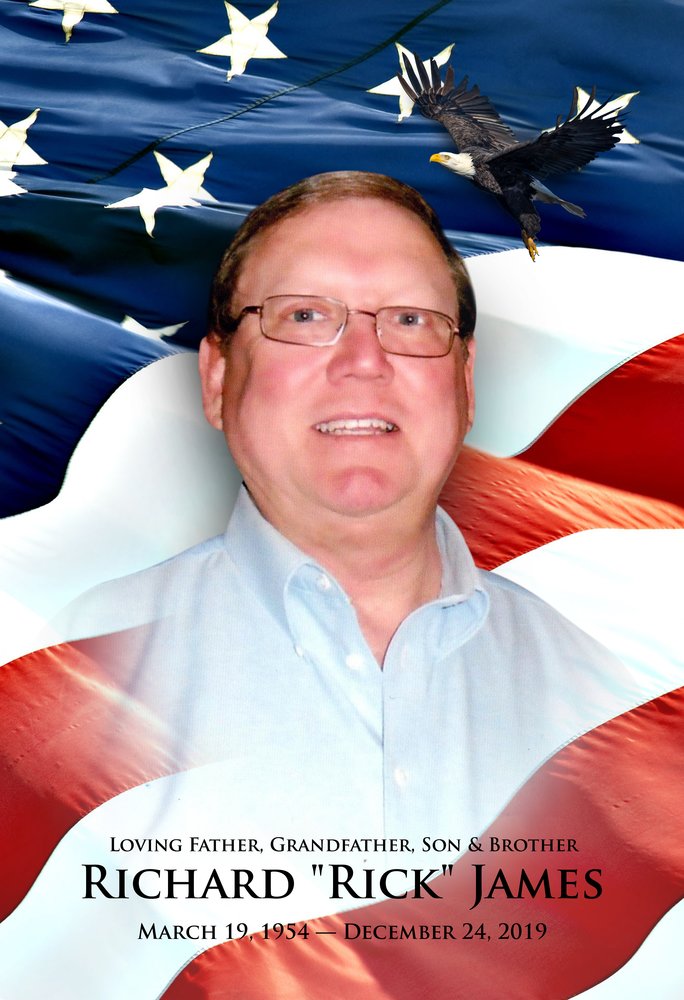 Mr. Richard “Rick” James, age 65, of Jackson, Georgia, passed away Tuesday, December 24, 2019. He was born on Friday, March 19, 1954 in Jackson, son of Hazel Leonia Moss Lummus and late Charles Lanier James. Rick retired from Central Georgia EMC. He worked for the Atlanta Braves and Henry County Recycle Center following his retirement. Rick was a member of Macedonia Baptist Church. He loved spending time with his family and going to the mountains. Rick enjoyed traveling and had been to every state in the country and was an avid fan of the Georgia Bulldogs. He was very patriotic and loyal to the United States of America. Rick is survived by his girlfriend, Juanita Pope; sons, Ricky Rude, Tyler Rude and Diana; granddaughter, Haley Rude; mother and step-father, Hazel Lummus and Edwin King; sisters and brothers-in-law; Sharon and Stephen Garner, Kim and Carey Posey, Jackie Wallace, Janice and Martin Mueller, Misty and Todd Watson; brother and sister-in-law, Andy and Tina James; several nieces and nephews. A funeral service for Mr. Richard “Rick” James will be held at 4:00 P.M. on Saturday, December 28, 2019 at Sherrell Memorial Chapel with Mr. Rudy Mangham and Mr. Ralph Wilson officiating. Interment will follow in the Sandy Creek Cemetery. Friends may visit the family at the funeral home Friday evening from 6:00 P.M. until 8:00 P.M. Those who wish may sign the online guest registry at www.sherrell-westburyfuneralhome.com Sherrell-Westbury Funeral Home, 212 East College Street Jackson, GA is serving the James family.
To send flowers to the family or plant a tree in memory of Richard "Rick" James, please visit Tribute Store
Friday
27
December