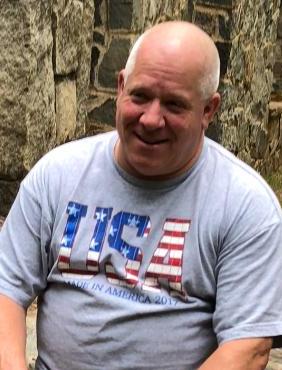 Mr. John F. Bagby, 59, of Locust Grove died Saturday, December 28, 2019, at his home. Mr. Bagby was born October 3, 1960, in Cape May, New Jersey, son of the late James Fale Bagby and Louise Goodman Bagby. He was a veteran of the United States Coast Guard and served the public as a paramedic for 30 plus years. John was a loving husband and father, and enjoyed hunting and fishing. He attended Towaliga Baptist Church in Jackson. Survivors include his wife of 28 years, Pepper Bagby of Locust Grove; daughter and son-in-law, Devin and Jason Weathers; son Jonathan Bagby; daughter, Amanda Chernenko (Ryan) and their son, Cason; sister and brother-in-law, Karen and Bruce Dietrich; sisters, Pamela S. Bagby and Lora Bagby; mother-in-law, Mary Ellen Hill; sister-in-law and brother-in-law, Julie and Terry Lovins; sister-in-law, Shari Hill; brother-in-law and sister-in-law, Stan and Rebecca Hill; and several; nieces and nephews. Memorial services for Mr. John F. Bagby will be held at 11:00 A.M., Tuesday at Towaliga Baptist Church in Jackson with Scott Chewning officiating. The family will receive friends at Sherrell-Westbury Funeral Home Monday afternoon from 4:00 P.M. until 7:00 P.M. In lieu of flowers contributions can be made in memory of Mr. John F. Bagby to the Coast Guard Mutual Assistance Headquarters.org (cgmshq.org) Sherrell-Westbury Funeral Home, 212 East College Street Jackson, GA is serving the Bagby family.
To plant a tree in memory of John Bagby, please visit Tribute Store
Services for John Bagby
There are no events scheduled. You can still show your support by planting a tree in memory of John Bagby.
Visit the Tribute Store
Share Your Memory of
John
Upload Your Memory View All Memories
Be the first to upload a memory!
Share A Memory
Plant a Tree