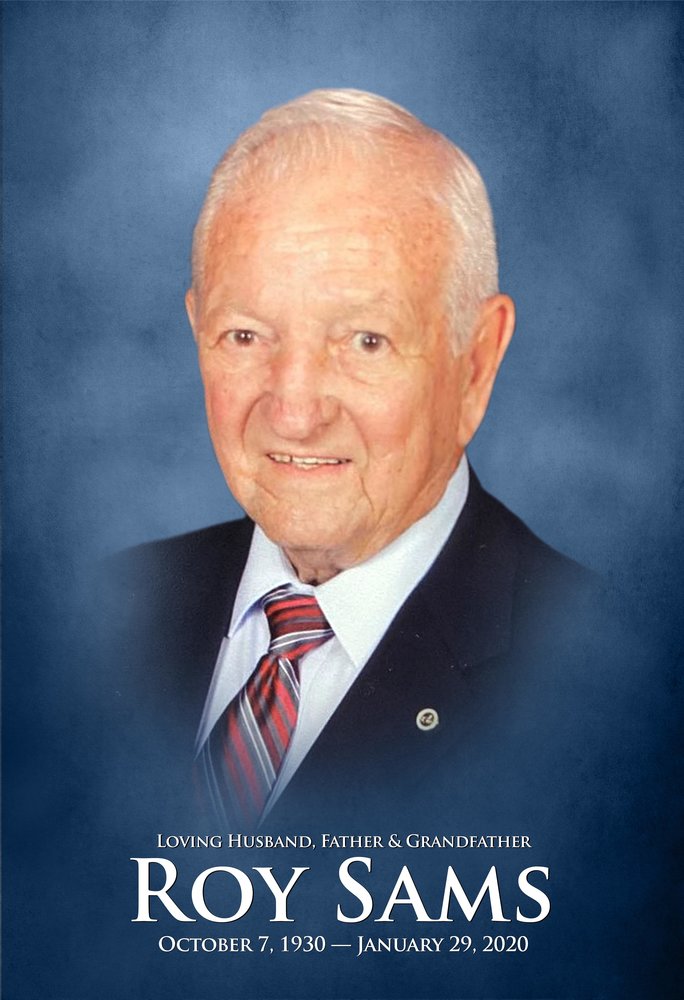 Mr. Roy R. Sams, age 89, of Jackson, Georgia, passed away Wednesday, January 29, 2020, at Piedmont Henry Hospital. Roy was born Tuesday, October 7, 1930, in Acto, Georgia. He was preceded in death by his wives, Joyce Sams and Barbara Sams; son, Jerry Sams; daughter, Sherrie King. He was a Veteran of the United States Marine Corps, having served during the Korean War. Roy was a member of the Jackson United Methodist Church, where he was a member of the Men’s Club and the Discovery Sunday School class. He and Mrs. Miriam enjoyed traveling. Roy is survived by his wife, Miriam D. Sams; grandchildren, Brandy Cochran, Kristie King, Jason King, Luc Cochran and Conner Cochran; daughter-in-law, Vickie Sams; step-children, Vanilu Evans and Sally Whitaker; step-grandchildren, Lacey Prue, Andy Evans, Stephanie Brown, Wayne Whitaker; step-great-grandchildren, Payton, Olivia, McKenna, Maverick, Anthony and Jacob. A funeral service for Mr. Roy R. Sams will be held at 2:00 P.M., Saturday, February 1, 2020, in the Sherrell Memorial Chapel with Reverend Chris Shurtz officiating. Entombment will follow in the Jackson City Mausoleum. Friends may visit the family on Friday evening from 6:00 p.m. until 8:00 p.m. at the funeral home. Those who wish may sign the online guest registry at www.sherrell-westburyfuneralhome.com Sherrell-Westbury Funeral Home, 212 East College Street, Jackson, is serving the Sams family.
To send flowers to the family of Roy Sams, please visit Tribute Store
Share Your Memory of
Roy
Upload Your Memory View All Memories
Be the first to upload a memory!
Share A Memory
Send Flowers