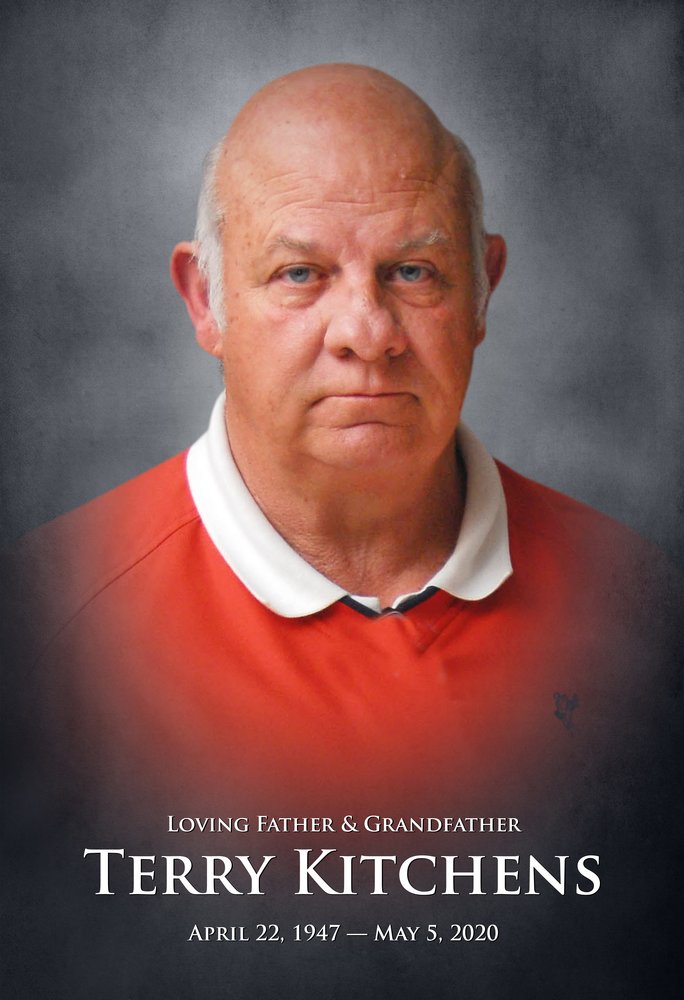 Mr. Terry Franklin Kitchens, age 73, of Jackson, Georgia, passed away Tuesday, May 5, 2020, at Brightmoor Hospice. He was born on Tuesday, April 22, 1947, to the late Luther Orville Kitchens and the late LaRue Cook Ross Kitchens Crowder. Terry was a member of First Baptist Church. He was a proud Veteran of the United States Army National Guard. Terry loved sports in general and really enjoyed playing golf, going to the Masters, and the University of Georgia Bulldogs. He never met a stranger. Terry is preceded in death by his sister, Ann Cook. Terry is survived by his daughters and son-in-law, Lauren Kitchens and Whitney and Christopher Berry; grandchildren, Jasmine Berry, Hayden Kitchens, Elise Berry, Maya Berry; numerous cousins and several nieces and nephews. A graveside service for Mr. Terry Kitchens will be held on Monday, May 11, 2020, at 2:00 P.M. at Macedonia Baptist Church with Pastor Keith Joseph officiating. The family will be arriving 30 minutes early for anyone who would like to speak with them prior. A public viewing will be held at Sherrell-Westbury Funeral Home on Saturday from 10:00 A.M. until 5:00 P.M. In lieu of flowers, a donation may be made to Greater Things c/o First Baptist Church in Jackson, GA, 1227 W. 3rd Street Jackson, GA 30233. Those who wish may sign the online guest registry at www.sherrell-westburyfuneralhome.com Sherrell-Westbury Funeral Home, 212 East College Street Jackson, GA is serving the Kitchens family.
To send flowers to the family or plant a tree in memory of Terry Kitchens, please visit Tribute Store
Saturday
9
May