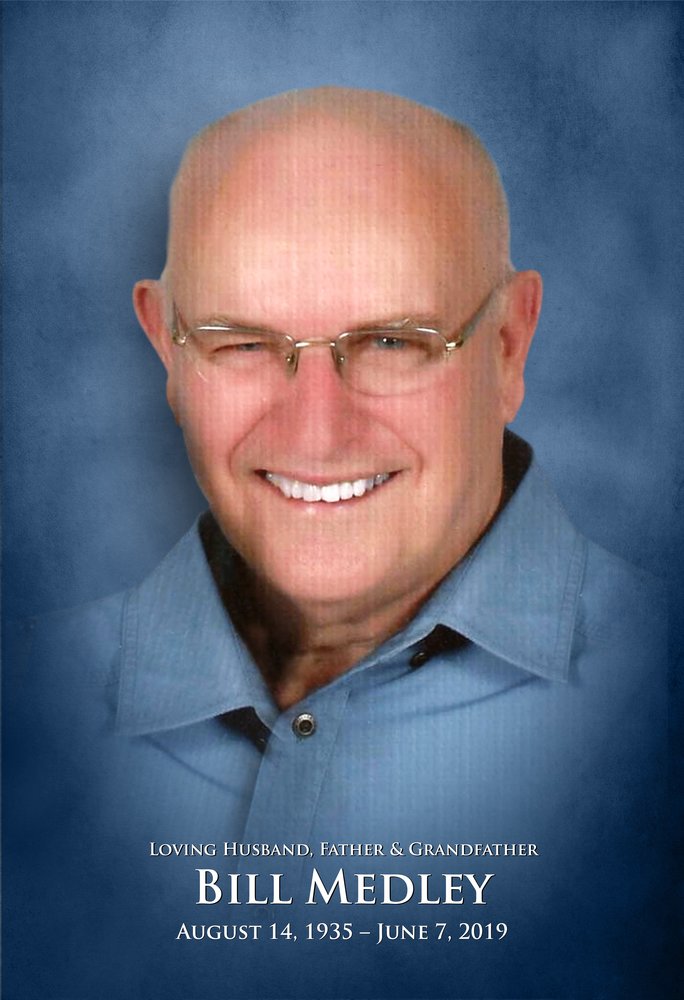 Mr. William “Bill” Thomas Medley, age 83, of Jackson, GA, passed away Friday, June 7, 2019 in his home. He was born on Wednesday, August 14, 1935, in Nashville, TN to the late William Napoleon Medley and the late Tommie Olene Swindle Medley. Bill was a member of Stark United Methodist Church and he enjoyed woodworking. He retired from MARTA as an Assistant General Manager. Bill was preceded in death by sisters, Brenda Kay Medley and Barbara Ann Spencer; brother, Ronnie Medley.

A memorial service for Mr. Bill Medley will be held at 12:00 noon Monday, June 17, 2019 at Stark United Methodist Church with Reverend Frank Brock officiating. Inurnment will follow in the Stark United Methodist Church Cemetery. The family will receive friends at the church one hour prior to the service. Those who wish may sign the online guest registry at www.sherrell-westburyfuneralhome.com.

To send flowers to the family or plant a tree in memory of Bill Medley, please visit Tribute Store
Monday
17
June