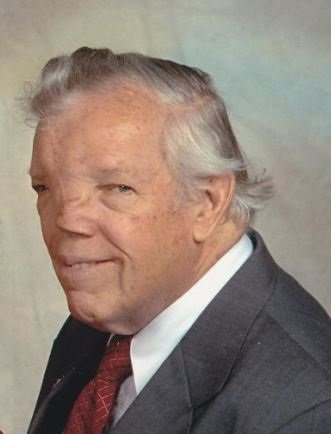 A kind and gentle soul, Jack was born on Friday, December 2, 1921 in Baltimore, MD, to the late Iverson Head and Ruth Hubbard Head. Returning to his home in Atlanta, Jack graduated from Commercial High in 1940. Originally employed at the Atlanta Army Depot in 1943, he retired in January 1979 from Ft. McPherson after 35 years of civil service. Jack was active in the church choir, Board of Stewards, Wesley Walk and the North Georgia Conference with

memberships at Park Street Methodist, First United Methodist Church of Atlanta and later at Stark Methodist Church. Jack served as a Gideon for over 20 years. He was also active in serving his community, he provided Meals on Wheels and acted as a poll manager for state and national elections. He was a member of his local chapter of the AARP. Love of travel included trips to Europe, the Holy Land and a cruise to Alaska. Jack was an avid football fan who cheered especially for the Georgia Tech Yellow Jackets! He is preceded in death by his first wife, Margaret Harris Head, second wife, Harriet Smith Head; brothers, Robert J. Head and William I. Head.

Jack is survived by his children, Sally and John Bird, Jennifer O'Leary, and Angela and Mac Cardwell, a sister, Betty Moats; several nieces and nephews.