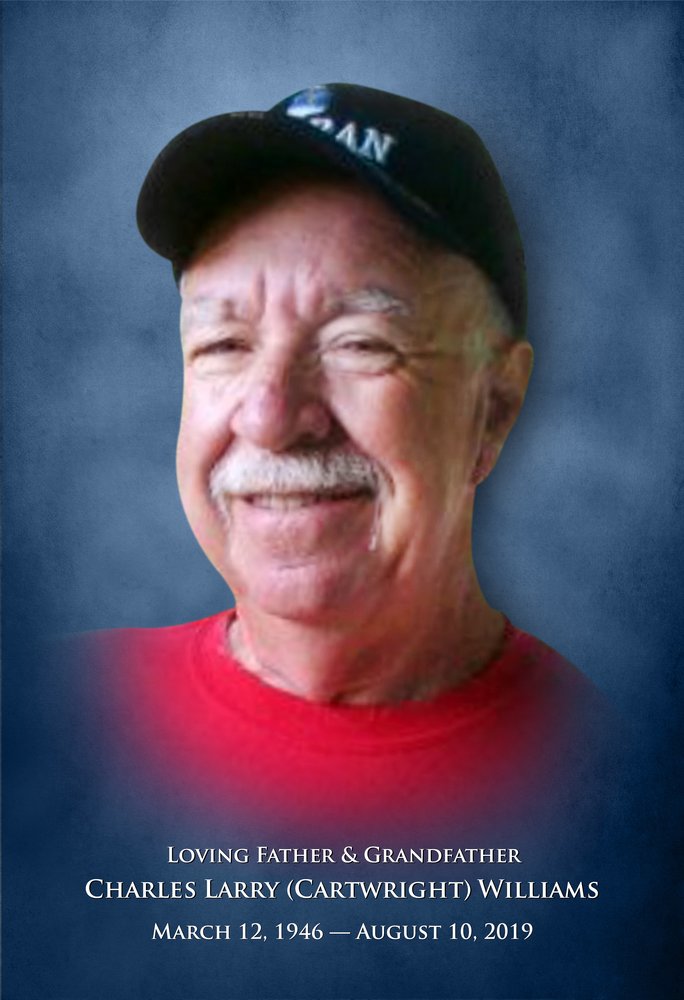 Mr. Charles Larry (Cartwright) Williams, age 73, of Jackson, GA, passed away Saturday, August 10, 2019. He was born Tuesday, March 12, 1946, in Thomaston, son of the late Asa Williams and Edith Stallings Williams. Larry was a proud veteran for the U.S. Air Force. He was a general contractor and owned C&L Contracting and W.W. Trucking. Larry was a firefighter and paramedic following his military service. He loved riding motorcycles and horses, and enjoyed fishing. Larry was preceded in death by grandson, Dylan Williams; and brother, Donald Williams.

Larry is survived by his children and their spouses, Dave and Michelle Williams, Matt and Miranda Williams all of  Jackson; grandchildren, Matthew and Danyell James, Brandon James, Will Williams, and Aylexus Williams; two great-granddaughters, Miya James and Emily James; brothers and sisters and their spouses, Pete and Rose Williams, Joanne Bolton, Gail and Joseph Moncrief; sister-in-law, Mary Williams; several nieces, nephews, many cousins, and other relatives.

A funeral service for Mr. Larry (Cartwright) Williams will be held at 2:00 P.M., Wednesday, August 14, 2019, in the Sherrell Memorial Chapel with Pastor Rick Moncrief and Mr. Rudy Mangham officiating. Interment will follow in the Cedar Rock Baptist Church Cemetery. The family will receive friends at the funeral home Tuesday evening from 6:00 P.M. until 9:00 P.M. Those who wish may sign the online guest registry at www.sherrell-westburyfuneralhome.com