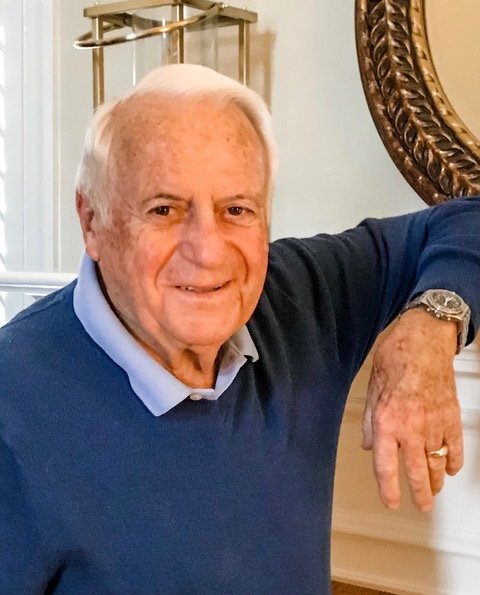 Bob Ryan, or Mr. Bob as he was known by many in his beloved town of Jackson, Georgia passed away peacefully on the afternoon of Thursday, December 17th. Bob was born to the late Sylvia and Robert Ryan in Racine Wisconsin and grew up in his childhood hometown of Kenosha. He was an avid athlete at Kenosha High School and went on athletic scholarship to the University of South Dakota, where he received a marketing degree. He had a successful career as a corporate executive for Unocal and raised three children. Mid-career, Bob wanted to be more engaged with people and the community, so he left his position at Unocal to start Atlanta South 75 Inc. in Jackson, Georgia. The Jackson community was his home for the past four decades in which he made his indelible mark in the hearts and lives of so many. What defined Bob the most was his compassionate and caring heart that was filled with the love of God, which he so freely shared with anyone he met. He lived a life in service and care of others, always willing to give people a chance. Bob never forgot that someone paid his little league fees when his family could not afford to pay, and he chaired a golf tournament in Jackson for over 20 years so that children could have the opportunity to play sports. In his truck stop business, he thought of and treated those that worked with him like family, built relationships with customers who became lifelong friends, and dedicated the space to serving God through supporting Truck Stop Ministries. He was grateful to be honored many times for the devotion he showed his community. His spiritual home was Jackson United Methodist Church. He was an active servant of its ministries, teaching Sunday school and leading mission trips to Honduras with his wife Susan for many years. Bob’s family and all those who knew and loved him will treasure the memories of his kind heart, his unwavering love and support, and the jokes he so often told. At the end of his life, Bob was surrounded by those who loved him: wife Susan, sons Kevin Ryan, Kerry Ryan and Charles Barber, his sister Kathy (Sis) Tenuta, son-in-law Chris Castillo and in-laws Gene and Peggy White. He is also survived by: daughter-in-law Jennifer Ryan, grandchildren Tyler, Cole, McKenna, Jake, Addison and Henry, sister-in-law Joanne Ryan, daughter Kelly, nephews, nieces, more friends than could ever be counted, and his special dogs Annabelle and Rocky. Preceded in death by brother Patrick. His family wishes to thank those at Sacred Journey Hospice for the gentle care and dignity they bestowed on Bob during his transition. The family will have a private celebration of life. Donations to his memory can be made to Jackson United Methodist Church P.O. Box 1880, Jackson, GA 30233. Those who wish may sign the online guest registry at www.sherrell-westburyfuneralhome.com. A life well lived and loved. We will miss you Bob! Sherrell-Westbury Funeral Home, 212 East College Street, Jackson, Georgia is serving the Ryan family.
To plant a beautiful memorial tree in memory of Robert Ryan, please visit our Tree Store

A Memorial Tree was planted for Robert
We are deeply sorry for your loss ~ the staff at Sherrell-Westbury Funeral Home
Join in honoring their life - plant a memorial tree
Services for Robert Ryan
There are no events scheduled. You can still show your support by planting a tree in memory of Robert Ryan.
Plant a tree in memory of Robert
Share Your Memory of
Robert
Upload Your Memory View All Memories
Be the first to upload a memory!
Share A Memory
Plant a Tree