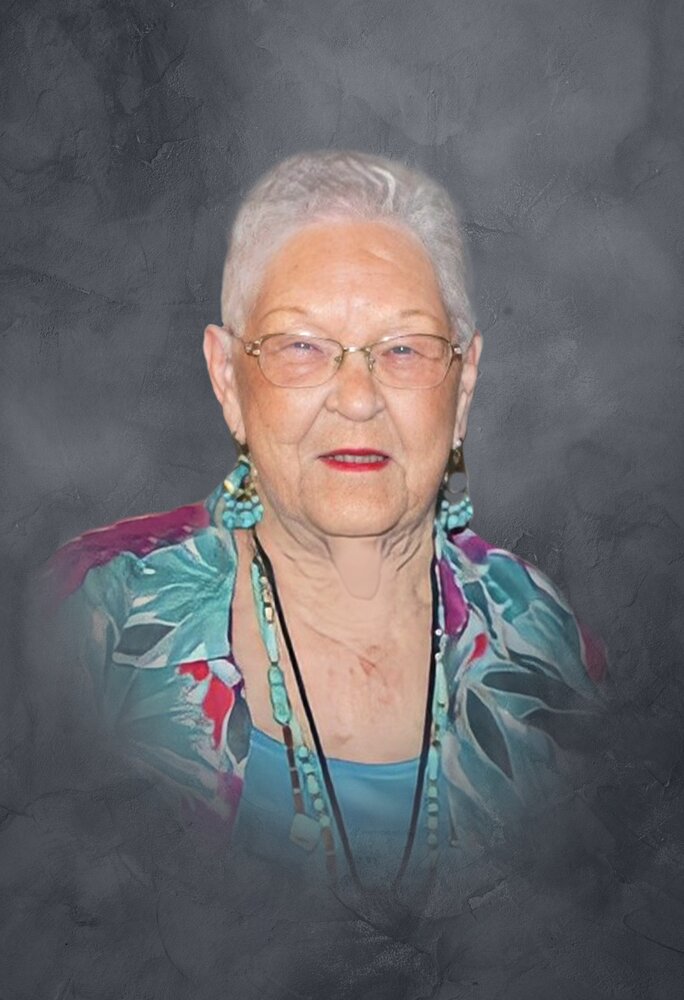 Please share a memory of Barbara to include in a keepsake book for family and friends.
View Tribute Book
Mrs. Barbara Jones Crumbley, age 87, of Jackson, Georgia passed away Saturday, October 23, 2021, at Brightmoor Hospice. Barbara was born on Saturday, January 27, 1934, to the late Jesse Bailey Jones and the late Martha Jane Mills Jones. Along with her parents, she was preceded in death by her husband, James Russell Crumbley, Sr.; son, Andy Crumbley; brother, Steve Jones; and sister, Betty Dover. She was a member of Macedonia Baptist Church and attended Rock Springs Church. Barbara enjoyed spending time with her family, especially her granddaughters and great-grandchildren. Barbara is survived by her son and daughter-in-law, Russ and Rhonda Crumbley; grandchildren, Brooke and Wade Stroud, Erin and Brad Downing; great-grandchildren, Sydney, Ridge, and Sarah Ellen Stroud, Barrett and Brock Downing; brother and sister-in-law, Bill and Martha Jones; several nieces, nephews and cousins. A funeral service will be held on Thursday, October 28, 2021, at Macedonia Baptist Church at 2:00 P.M. with Dr. Benny Tate officiating. Interment will follow at Macedonia Baptist Church Cemetery. Friends may visit with the family on Wednesday, October 27, 2021, from 5:00 P.M. until 8:00 P.M. at the funeral home. For those desiring please make a contribution to a charity or church of your choice. Those who wish may sign the online guest registry at www.sherrell-westburyfuneralhome.com Sherrell-Westbury Funeral Home, 212 E. College Street, Jackson, GA, is serving the Crumbley family.
To send flowers to the family or plant a tree in memory of Barbara Crumbley, please visit Tribute Store
Wednesday
27
October

Look inside to read what others have shared
Family and friends are coming together online to create a special keepsake. Every memory left on the online obituary will be automatically included in this book.
View Tribute Book
Share Your Memory of
Barbara
Upload Your Memory View All Memories
Be the first to upload a memory!
Share A Memory
Send Flowers
Plant a Tree