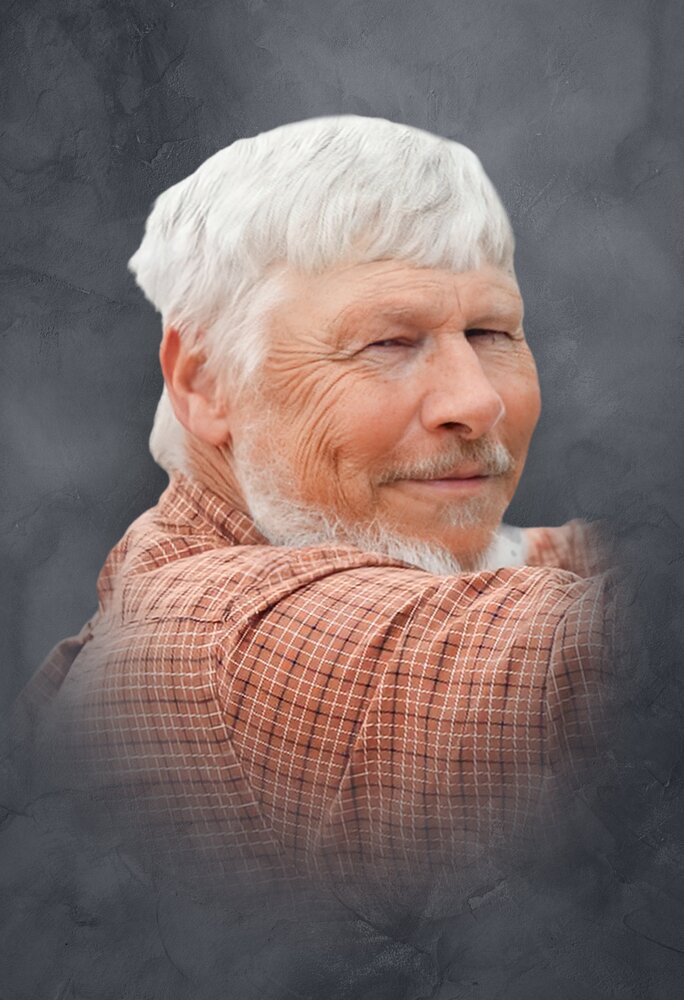 Please share a memory of Robert to include in a keepsake book for family and friends.
View Tribute Book
Robert Arnold Brown, a beloved family man, friend, tractor tinkerer, primitive cast-iron cook and outdoor enthusiast with an easy smile and a disarming demeanor, died Sunday, October 31, 2021, at Kennestone Hospital in Marietta. He was 70. Bobby, as he was known to most, was a lifelong resident of Butts County, born at home on March 2, 1951, to Buster and Jane Brown, who lived on a dirt road flanked by trees and pastures not far from Old Bethel Church. The towheaded youngster spent countless days toiling alongside his parents picking beans in the field, shelling pecans on their front porch, and hammering nails on job sites, learning from an early age how to use his hands and the value of a hard day’s work. After graduating from Jackson High School in 1969, he put his strength and dexterity to use unloading short-haul freight trucks at Overnite Transportation on Moreland Avenue in Atlanta, where he spent three-decades earning a living and providing for his family. He took pride in his work at the truck terminal, learning to navigate cargo quickly around a dock and mastering how to reverse a large tractor trailer into a tight spot. It was on a blind double date arranged by an Overnite coworker where he met Elaine Kirby. They were engaged after two weeks and married for 45 years, together raising their son and daughter. Few people met Bobby without learning of his love of the outdoors, particularly hunting white tailed deer and wild turkey, a craft he learned from his father. For Bobby, autumn was synonymous with hunting season, and the offseason was spent sharpening arrowheads, pouring lead for black powder rounds and practicing his turkey calls. In his later years, Bobby reveled in the stillness and quiet of a tree stand and spent more time observing wildlife than hunting it. While Bobby lived for seven decades on the same road on which he was born, he took the opportunity to see the world when it came, traveling numerous times out west to Colorado, Wyoming and Utah. He crisscrossed the country from California to Virginia, spent time on Caribbean beaches, hunted elk with his daughter in New Mexico, witnessed sunsets over the Gulf of Alaska and flew thousands of miles to visit São Paulo and the hilly wine country of southern Brazil. But it was his love of his family and desire to share the outdoors with them that will remain Bobby’s enduring legacy, from teaching his son how to track a deer through the woods, showing his grandsons how to bait a fishing hook and cast a line, or demonstrating the simple joy that comes from refilling a homemade corn deer feeder in hopes of later catching a glimpse of big buck. Bobby is survived by his wife Elaine, son Joshua, sister Ibra Osa, brother-in-law Todd Osa, Aunt Virginia Moss, nephew Jared Osa, as well as his beloved grandsons and daughter-in-law. He is predeceased by his father and mother Buster and Jane and daughter Megan. A graveside funeral service for Bobby will be held on Wednesday, Nov. 3, 2021, at 11:00 a.m. at Old Bethel Church cemetery with Rudy Mangham officiating. In lieu of flowers, the family requests donations be made to the Catch-A-Dream Foundation, a nonprofit organization that provides once-in-a-lifetime dream hunting and fishing trips to children across the United States and Canada, age 18 and younger, who suffer from life-threatening illnesses. Donations can be made online at www.catchadream.org. Those who wish may sign the online guest registry at www.sherrell-westburyfuneralhome.com. Sherrell-Westbury Funeral Home, 212 E. College Street, Jackson, GA, is serving the Brown family.
To plant a beautiful memorial tree in memory of Robert Brown, please visit our Tree Store
Wednesday
3
November

Look inside to read what others have shared
Family and friends are coming together online to create a special keepsake. Every memory left on the online obituary will be automatically included in this book.
View Tribute Book
Share Your Memory of
Robert
Upload Your Memory View All Memories
Be the first to upload a memory!
Share A Memory
Plant a Tree