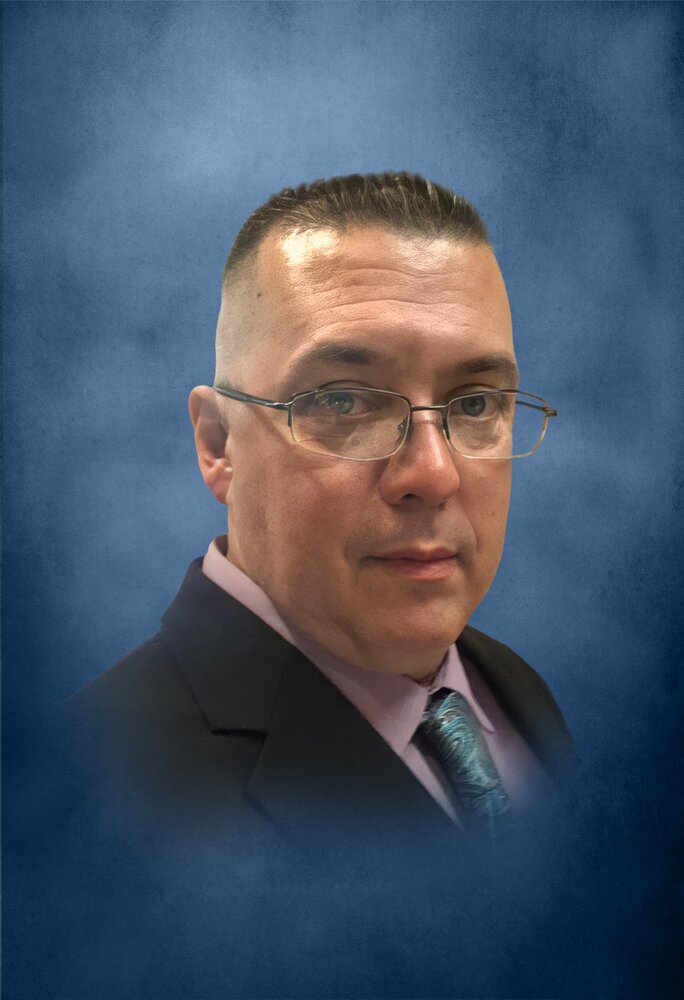 Please share a memory of Michael to include in a keepsake book for family and friends.
View Tribute Book
Mr. Michael John Rice, age 50, passed away on Friday, November 12, 2021. Michael was born on Saturday, April 10, 1971, in Iowa City, Iowa to the late John Harold Rice and Paula Louise Steele Rice Keziah. Michael was a veteran of the United States Army and served in Desert Storm. He was an avid runner and enjoyed quilting. He competed in marathons and would push wheelchairs for those unable to run. Michael would help anyone in need. Michael is survived by his wife of 17 years, Suzanne Rice; children and their spouses, Jensine and Eric Griffith, BreAnna Pugmire, Alex and Wei Pugmire; 7 grandchildren; mother and her husband, Paula and Calvin Keziah; sisters and brothers-in-law, Johnnie and Carl Thomson, Heidi Orton and Chris Buster; stepfather, Doug Stokes; several nieces and nephews; beloved companion, Ninja A memorial service for Mr. Michael Rice will be held in the Sherrell Memorial Chapel on Saturday, November 20, 2021, at 2:00 P.M. Friends may visit with the family from 1:00 P.M. until 2:00 P.M. at the funeral home. Those who wish may sign the online guest registry at www.sherrell-westburyfuneralhome.com. Sherrell-Westbury Funeral Home, 212 E. College Street, Jackson, GA, is serving the Rice family.
To send flowers to the family or plant a tree in memory of Michael Rice, please visit Tribute Store
Saturday
20
November

Look inside to read what others have shared
Family and friends are coming together online to create a special keepsake. Every memory left on the online obituary will be automatically included in this book.
View Tribute Book
Share Your Memory of
Michael
Upload Your Memory View All Memories
Be the first to upload a memory!
Share A Memory
Send Flowers
Plant a Tree