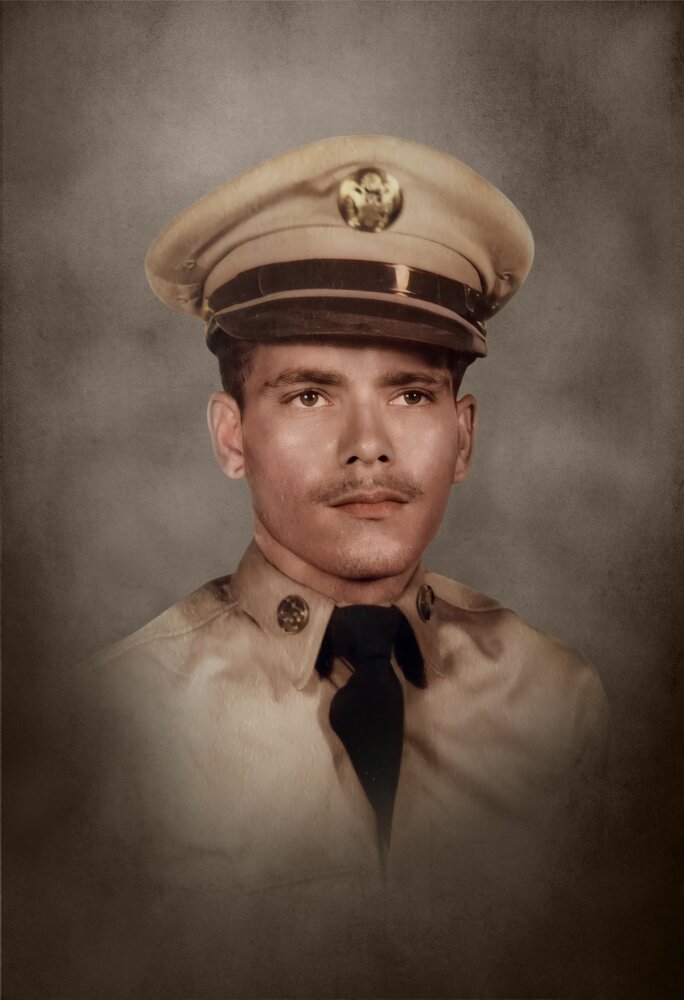 Please share a memory of Julio to include in a keepsake book for family and friends.
View Tribute Book
Mr. Julio Cesar Rivera-Morales, age 88, of Jackson, Georgia passed away Tuesday, December 14, 2021. Julio was born on Monday, January 2, 1933, in Rio Piedras, Puerto Rico to the late Ramon Rivera and the late Dominga Morales Rivera. Along with his parents, Julio was preceded in death by his brother, Juan Rivera and sister-in-law, Carmen Rivera. Julio served in the United States Army and later worked for the United States government as a U.S. Marshall. He attended Abundant Life Assembly of God. Julio is survived by his son, Daniel Rivera; daughters and sons-in-law, Smirna and Mitchell Phillips of Jackson, Georgia, Esther and William Schojan of Greenwood Lake, New York, Ruth and Larry Nance of Rutledge, Georgia; twelve grandchildren; 14 great-grandchildren; 1 great-great-grandchild; mother of his children, Luisa Rivera. A funeral service for Mr. Julio Rivera will be held on December 23, 2021, at 11:00 A.M. at the Sherrell Memorial Chapel with Reverend Stacey Carver officiating. Interment to follow at Jackson City Cemetery. Friends may visit with the family on December 22, 2021, at Sherrell-Westbury Funeral Home from 4:00 P.M. until 6:00 P.M. Those who wish may sign the online guest registry at www.sherrell-westburyfuneralhome.com. Sherrell-Westbury Funeral Home, 212 E. College Street, Jackson, GA, is serving the Rivera-Morales family.
To send flowers to the family or plant a tree in memory of Julio Rivera-Morales, please visit Tribute Store
Wednesday
22
December

Look inside to read what others have shared
Family and friends are coming together online to create a special keepsake. Every memory left on the online obituary will be automatically included in this book.
View Tribute Book
Share Your Memory of
Julio
Upload Your Memory View All Memories
Be the first to upload a memory!
Share A Memory
Send Flowers
Plant a Tree