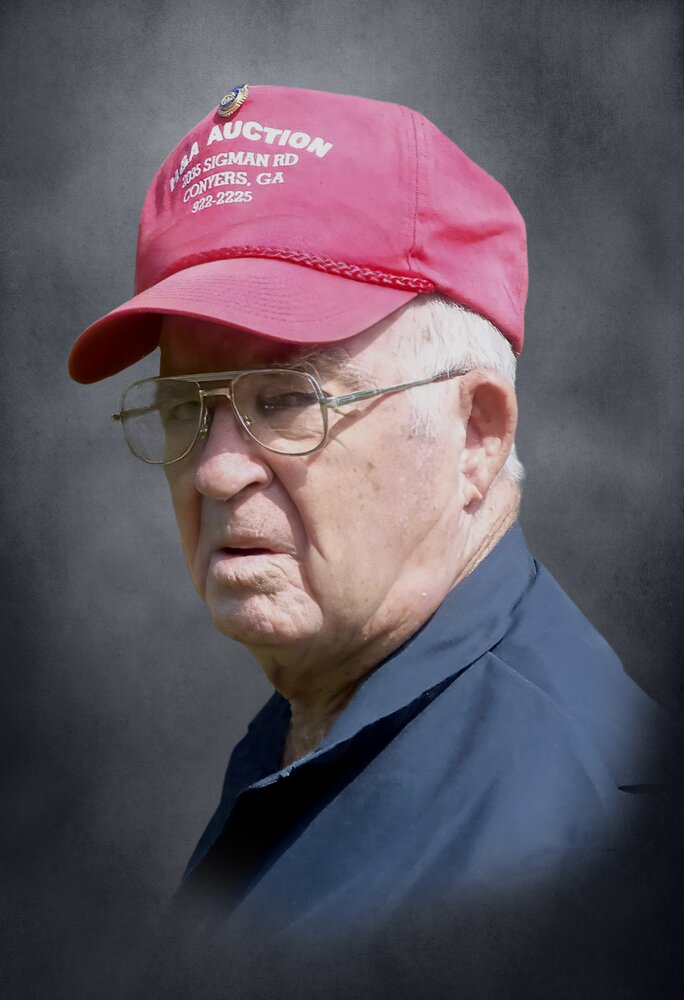 Please share a memory of Richard to include in a keepsake book for family and friends.
View Tribute Book
Mr. Richard “Shorty” Van Buren Meredith, Sr., age 95, of Jackson, Georgia passed away on Monday, January 17, 2022. Shorty was born on Sunday, January 16, 1927, in Jackson, Georgia to the late Levi and Mabel Meredith. Along with his parents, he was preceded in death by his wife, Ruth Hardy Meredith; brothers, J.B. Meredith and Steve Meredith. He served in the United States Army and later worked as a military base contractor at Robins Air Force Base. He enjoyed going to H & A Auctions and fishing. Shorty is survived by his daughter, Sherry Meredith; son, Richard Meredith Jr., grandson, Nicholas Meredith; sisters, Bernice Meredith, Janie Thompson; and several nieces and nephews. A graveside service for Mr. Richard “Shorty” Meredith will be held on Saturday, January 22, 2022, at 2:00 P.M. at the Stodghill Family Cemetery with Mr. Rudy Mangham officiating. Friends may visit with the family at the funeral home on Friday from 6:00 P.M. until 8:00 P.M. Those who wish may sign the online guest registry at www.sherrell-westburyfuneralhome.com. Sherrell-Westbury Funeral Home, 212 E. College Street, Jackson, GA, is serving the Meredith family.
To send flowers to the family or plant a tree in memory of Richard Meredith, Sr., please visit Tribute Store
Friday
21
January

Look inside to read what others have shared
Family and friends are coming together online to create a special keepsake. Every memory left on the online obituary will be automatically included in this book.
View Tribute Book
Share Your Memory of
Richard
Upload Your Memory View All Memories
Be the first to upload a memory!
Share A Memory
Send Flowers
Plant a Tree