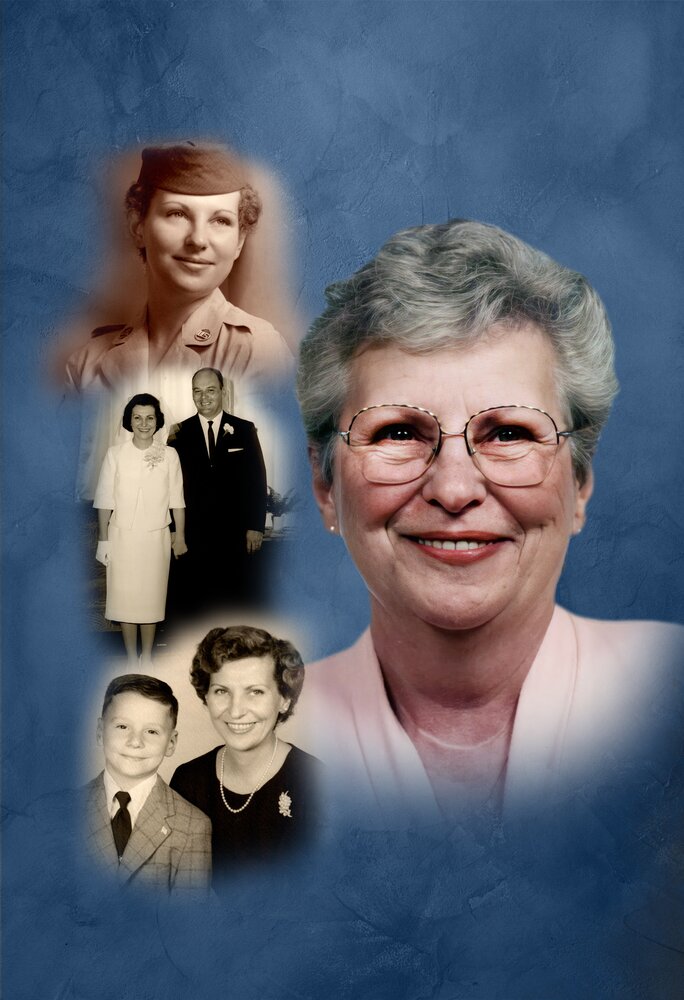 Please share a memory of Kathryn to include in a keepsake book for family and friends.
View Tribute Book
Kathryn Deal DeSouza, 89, of Jenkinsburg, Georgia, passed away peacefully in her home, surrounded by the people who loved her most, on Tuesday evening March 8 2022, after a long battle with COPD and Alzheimer’s. Originally from Greensburg, Pennsylvania, Kathryn was born May 10th 1932, as the youngest child to James and Harriet Deal. From an early life, she displayed a passion and the heart for service to her nation, as did her entire family dating back to the revolutionary war. Kathryn blazed trails for so many women who would come after her, she donned the uniform of the US Air Force, which she wore with distinction during the wars in both Korea and Vietnam before going on to serve in many other capacities, including as a Drill Sergeant and eventually serving in the Pentagon. Other titles that she earned throughout a rich and vibrant life include; Wife to Master Gunnery Sergeant Manuel “Tank” DeSouza, Mother to Phil, G-Maw to granddaughter Kayla and great-granddaughter Cali, Aunt, friend, sister, and the list goes on… Her life’s dedication to honoring the service of others will stand in addition to the legacy of her family and her own service that she leaves behind. Kathryn was a proud member of the Daughters of the American Revolution and as well as one of the first-ever female Post Commanders with the American Legion. She was also a charter member of and a driving force behind the National Military Women’s Memorial, where she worked passionately to ensure that the service and sacrifice of our Nation’s women in uniform is never forgotten. Kathryn is preceded in death by her parents and her sister Betty, and brother James. She is lovingly survived by her son, granddaughter, great-granddaughter, nieces, nephews, friends, and generations of female Airmen, Soldiers, Sailors, and Marines for whom she helped to pave the way. A memorial service for Ms. Kathryn Deal DeSouza will be held on Friday, March 11, 2022, at 7:00 P.M. in Sherrell Memorial Chapel. Friends may visit with the family one hour prior to the service at the funeral home. She will be laid to rest at Arlington National Cemetery with full Military Honors alongside her late husband, Tank, just a brief walk past her fellow heroes and from the Memorial that she helped to make a reality. In lieu of flowers, and in keeping with her life’s commitment to service, the DeSouza family has asked that donations be made to either the Military Women’s Memorial (www.WomensMemorial.org) or the Alzheimer’s Association (act.alz.org). Those who wish to leave an online condolence may do so at www.sherrellfh.com Sherrell-Westbury Funeral Home, 212 E. College Street, Jackson, is serving the DeSouza family.
To send flowers to the family or plant a tree in memory of Kathryn DeSouza, please visit Tribute Store
Friday
11
March

Look inside to read what others have shared
Family and friends are coming together online to create a special keepsake. Every memory left on the online obituary will be automatically included in this book.
View Tribute Book
Share Your Memory of
Kathryn
Upload Your Memory View All Memories
Be the first to upload a memory!
Share A Memory
Send Flowers
Plant a Tree