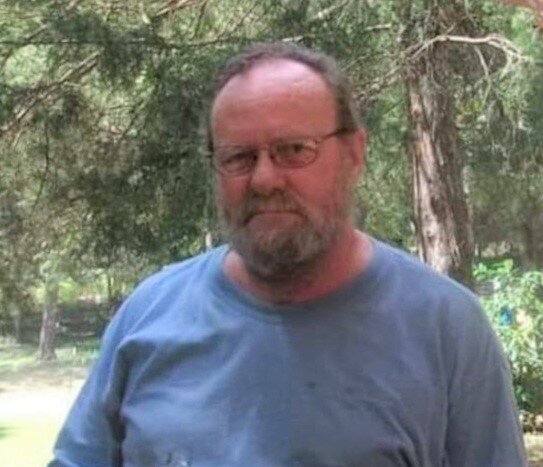 Please share a memory of Virgil to include in a keepsake book for family and friends.
View Tribute Book
Mr. Virgil Lamar Merritt, age 74, of Jackson, Georgia passed away on Tuesday, March 22, 2022, at Wellstar Spalding Regional. Virgil was born on Monday, January 19, 1948, in Atlanta, Georgia to the late Virgil Grace Merritt, Jr and Lena Elizabeth Brooks Merritt. Along with his father, he was preceded in death by his sisters, Ann Merritt and Mary Taylor. Virgil served in the United States Army and the Vietnam war. He was of Baptist Faith and liked to discuss politics. He worked at the Monroe County Recycle Center. In his spare time, he liked to play games on his phone and collect junk and tinker. Virgil is survived by his wife of 55 years, Rachael Merritt; children, Buddy Merritt, Cindy Simmons, Melissa Merritt; seven grandchildren; three great-grandchildren; mother, Lena Merritt; sisters, Penny Merritt Hansknecht and Joan Hall Merritt; several nieces and nephews. A funeral service for Mr. Virgil Merritt will be held on Saturday, March 26, 2022, at 3:00 P.M. at Sherrell Memorial Chapel with Mr. Rudy Mangham officiating. Friends may visit with the family at the funeral home one hour prior to the service. Those who wish may sign the online guest registry at www.sherrell-westburyfuneralhome.com. Sherrell-Westbury Funeral Home, 212 E. College Street, Jackson, GA, is serving the Merritt family.
To send flowers to the family or plant a tree in memory of Virgil Merritt, please visit Tribute Store
Saturday
26
March

Look inside to read what others have shared
Family and friends are coming together online to create a special keepsake. Every memory left on the online obituary will be automatically included in this book.
View Tribute Book
Share Your Memory of
Virgil
Upload Your Memory View All Memories
Be the first to upload a memory!
Share A Memory
Send Flowers
Plant a Tree