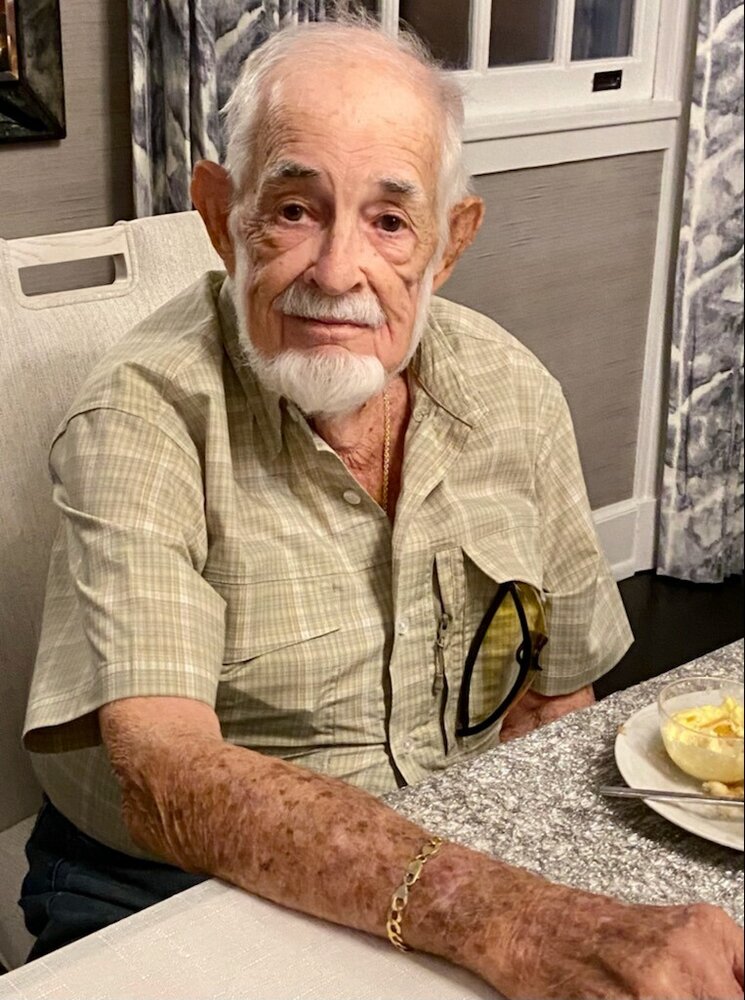 Please share a memory of Louie to include in a keepsake book for family and friends.
View Tribute Book
Louie Wayne Williamson “Willie” August 18, 1931 - April 24, 2022 Willie, 90, of Jackson, Georgia passed away April 24th 2022 as a result of cancer. His family was by his side when he drifted off to be with the Lord. He was born to Paul and Camella Williamson of Atlanta, Georgia on August 18th 1931. Born and raised in the Brookhaven area of Atlanta, Georgia, Willie’s childhood was one with quite a few changes for the city: WATL radio began broadcasting, the Atlanta Dogwood Festival began, the Plaza Theatre in Druid Hills opened, Gone with the Wind premiered, Mary Mac’s Tea room opened, the CDC was founded, WSBTV began broadcasting and the last street car was converted to a trolley bus – not to mention the infrastructure and the city skyline that emerged. In 1950, Willie left the small town of Atlanta to serve our country as an Army Sergeant during the Korean War. Following the war, he continued in the reserves for an additional 14 years. He was wounded in the Korean War and awarded a Purple Heart. When Willie returned to Atlanta, he worked in the construction management business with Barton & Ludwig, ECI Management and then as a partner with Liberty Management. Willie then successfully started his own construction company. Following years of construction management, he and his wife Marge McNaught Co-Developed Dream Catcher Communities, consisting of two assisted living homes in Jackson, Georgia where he spent his days taking care of others and their families until recently. Willie is survived by his wife Marge McNaught; his children L.W. Williamson Jr, Tony Williamson and Dawn McNaught-Walker (Lee); his brother Doug Williamson (Janice) and his sister Martha Bowles (Simpson); grandchildren Melisa Robertson (Brett), Amanda Buice, Angela Williamson, Richard Williamson, Alexis Carden (Grant), Nate Mechlowitz and Abie Mechlowitz and great grandson, great granddaughter, and a host of friends. Willie was preceded in death by his first wife Diane Williamson; his brothers, Sherman Williamson and Paul Williamson Jr.; his sister Bobby Jean Smith (Jack); his daughters, Vicky Twigg (Dale) and Julie Williamson; his son, Chip McNaught; his daughter-in-law Alice Williamson and his grandson, Paul Williamson. A celebration of life ceremony is being held at The Walker home located at 1348 Fairview Road NE, Atlanta, Georgia on May 14th at 1:00 pm. In lieu of flowers, the family asks that you consider donations to the Winship Cancer Institute at Emory in Willie’s name - https://winshipcancer.emory.edu/support-winship/give/memorial-gifts.html. Those who wish may sign the online guest registry at www.sherrell-westburyfuneralhome.com. Sherrell-Westbury Funeral Home, 212 E. College Street, Jackson, GA, is serving the Williamson family.
To send flowers to the family or plant a tree in memory of Louie Williamson, please visit Tribute Store
Saturday
14
May

A Celebration of Life

Look inside to read what others have shared
Family and friends are coming together online to create a special keepsake. Every memory left on the online obituary will be automatically included in this book.
View Tribute Book
Share Your Memory of
Louie
Upload Your Memory View All Memories
Be the first to upload a memory!
Share A Memory
Send Flowers
Plant a Tree