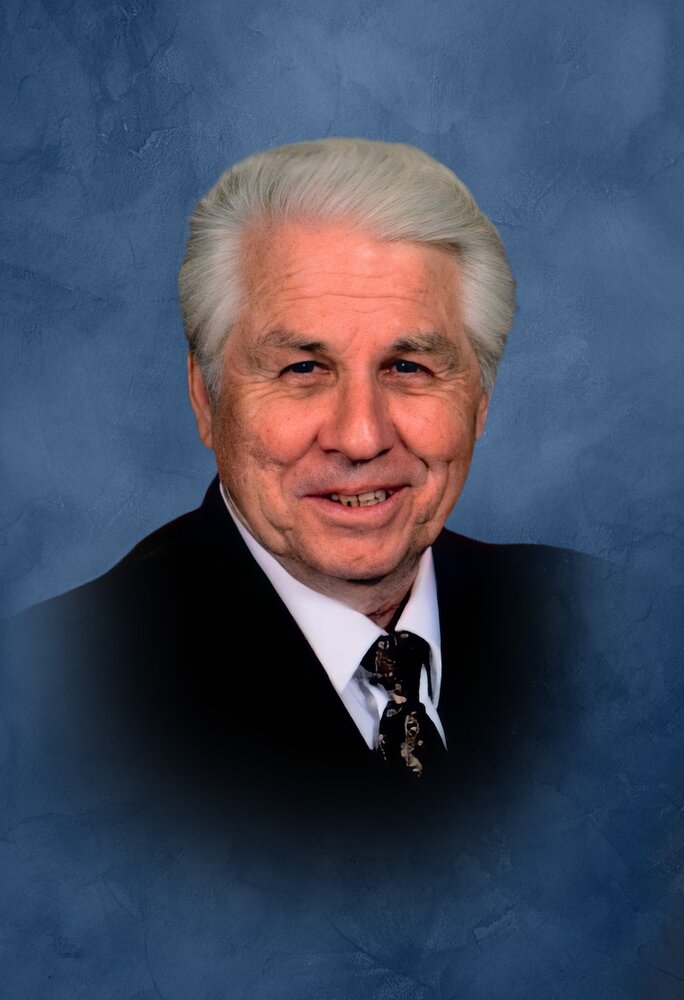 Please share a memory of Harley to include in a keepsake book for family and friends.
View Tribute Book
Mr. Harley E. “Mac” McDonald, beloved husband of Jeanette D. McDonald for 38 years, passed away peacefully on Sunday, May 29, 2022, at his residence after an illness. He was the son of the late Harley McDonald and Mary Elizabeth McDonald Keziah. Harley was born in Charlotte, North Carolina on August 21, 1940. He was preceded in death by his son, Gregory Scott McDonald; brother, Richard McDonald; and sister, Sandra M. Mullis. Harley proudly served in the United States Navy for five years mainly on submarines and went into the reserves serving the United States Air Force and United States Army. He worked for General Electric, Motorola, and EF&I through Norfolk Southern Railway for 50 years as Communications Engineer. He was an author, educator, and student of God’s word. He earned his graduate and B.A. degree in Theology from the Baptist Bible College in Springfield, MO and his Master of Theology and Doctor of Theology degrees from Slidell Baptist Seminary in Slidell, LA. He also holds a Doctor of Philosophy degree, Doctor of Religious Education for the American National College of Religious Arts, San Diego, CA. Harley served as Associate Pastor of Bible Baptist Church in Statesboro, GA, School Administrator and Principal of Bible Baptist Christian School. Harley also served as Professor and Academic Dean at Heritage Baptist College in Locust Grove, GA. Harley is survived by his wife, Jeanette D. McDonald; daughter, Tracie McDonald Leep (Tim) of Riverview, Florida; son, Timothy Paul McDonald of Statesboro, Georgia; Stepson, Leland C. Wise (Lori) of Statesboro, Georgia; six grandchildren, Ashtyn Leep Smith (Matt) of Boston, MA, Brelyn Leep of Riverview, FL, Zachary and Tysen McDonald of Statesboro, GA, Aniston McDonald of Statesboro, GA, and Tyler Wise of Brooklet, GA. Harley and his wife were active members of Lighthouse Baptist Church in Jackson, GA. A Celebration of Life for Mr. Harley McDonald will be held at Lighthouse Baptist Church on Thursday, June 2, 2022, at 11:00 A.M. with Pastor Chad Gordon officiating. Friends may visit with the family one hour prior to the service at the church. Interment will follow at Jackson City Cemetery, Jackson, GA. Those who wish may sign the online guest registry at www.sherrell-westburyfuneralhome.com. Sherrell-Westbury Funeral Home, 212 E. College Street, Jackson, GA, is serving the McDonald family.
To send flowers to the family or plant a tree in memory of Harley McDonald, please visit Tribute Store
Thursday
2
June

Look inside to read what others have shared
Family and friends are coming together online to create a special keepsake. Every memory left on the online obituary will be automatically included in this book.
View Tribute Book
Share Your Memory of
Harley
Upload Your Memory View All Memories
Be the first to upload a memory!
Share A Memory
Send Flowers
Plant a Tree