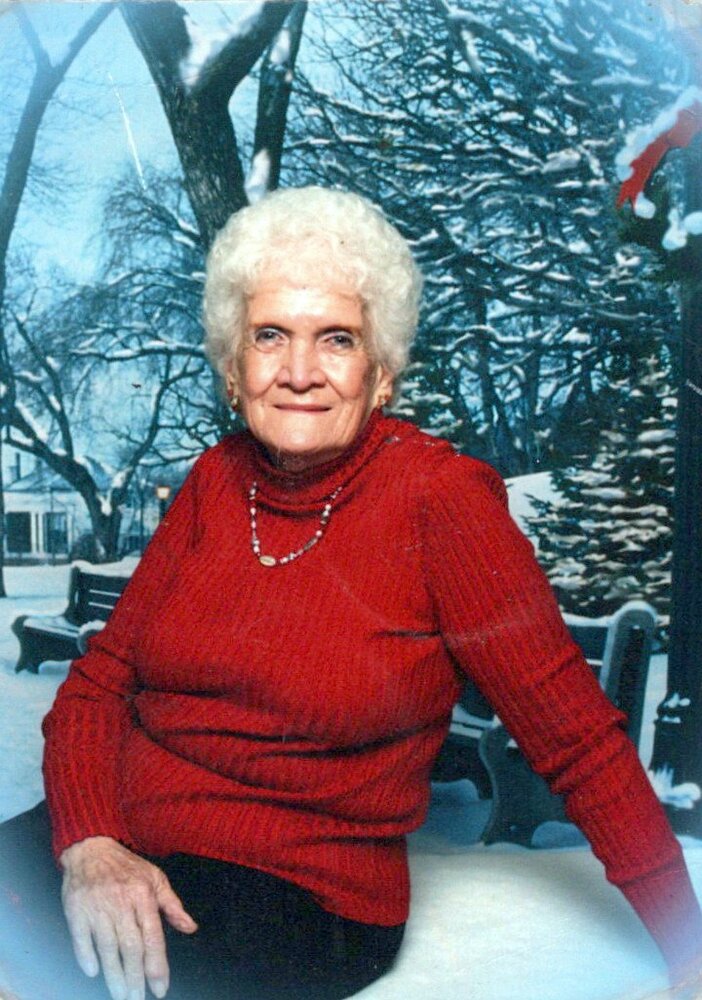 Please share a memory of Hazel to include in a keepsake book for family and friends.
View Tribute Book

Hazel was born on Sunday, December 24, 1933, in Jackson, Georgia to the late William John Moss and the late Lois Elizabeth Fogg Moss. Along with her parents, she was preceded in death by husband, Edwin Lanier King; son, Richard James; granddaughter-in-law, Lori Benson. Hazel was a member of First Baptist of Jackson. She was a caretaker for the handicapped and enjoyed fishing, looking at the trees, drinking and collecting coke, hummingbirds, sunflowers, and watching the Atlanta Braves. Hazel was always the life of the party. She loved to dance and talk to people, everyone called her “momma”.  Most of all, she loved her family.

A funeral service for Mrs. Hazel Lummus will be held on Thursday, October 20, 2022, at 1:00 P.M. at Sherrell-Westbury Funeral Home with Mr. Rudy Mangham officiating. Interment will follow at Sandy Creek Cemetery. Friends may visit with the family the night before from 6:00 P.M. until 8:00 P.M. at the funeral home.

To send flowers to the family or plant a tree in memory of Hazel Lummus, please visit Tribute Store
Wednesday
19
October

Look inside to read what others have shared
Family and friends are coming together online to create a special keepsake. Every memory left on the online obituary will be automatically included in this book.
View Tribute Book
Share Your Memory of
Hazel
Upload Your Memory View All Memories
Be the first to upload a memory!
Share A Memory
Send Flowers
Plant a Tree