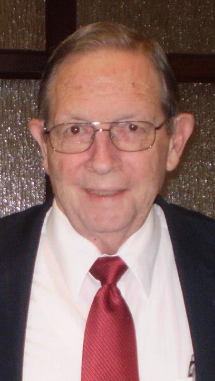 Please share a memory of William to include in a keepsake book for family and friends.
View Tribute Book

William Walton “Walt” Fink of Atlanta, husband, father of three, and friend passed away on September 14, 2022, at 91 years of age.

Walt was born to Boyd Wyatt Fink and Isabelle Frances Simpson Fink in Macon, GA and relocated to Atlanta when he was 6 years old. Walt lived his life in Atlanta and Decatur, Georgia. Walt married Evelyn O’Neal on September 1, 1951, and they recently celebrated their 71st wedding anniversary. Walt was a wonderful husband, father, and friend.

Walt graduated from Grady/Boys High School in 1949 and from Georgia State University in 1953 with a bachelor’s degree in business. He was employed by Life Insurance Co of Georgia in 1954 until his retirement after 37 years as a Computer Systems Analyst.

Family was very important to Walt as he demonstrated by his actions throughout his life. Walt and his 2 sons were involved in Boy Scouts and Walt served as Scout Master of Troop 475 in Decatur. Walt was also involved with the Southwest DeKalb band parents and Girl Scouts on behalf of his daughter.

Walt was preceded in death by his father, mother, and brother, Boyd Wyatt Fink Jr.

A graveside service is planned for November 5, 2022, at 11:00 A.M. at which time Walt’s ashes will be interred at Cedar Rock Cemetery in Jackson, GA with Mr. Rudy Mangham officiating.

Look inside to read what others have shared
Family and friends are coming together online to create a special keepsake. Every memory left on the online obituary will be automatically included in this book.
View Tribute Book
Share Your Memory of
William
Upload Your Memory View All Memories
Be the first to upload a memory!
Share A Memory
Plant a Tree